Using the Design Cards as a Game

Use Case and Preparation

Use the quiz and the learning game to get familiar with the Design Cards and with arguments and principles of software design. Use a single card set and read the cards before playing. Start with the basic set (

) and add the other cards once you are familiar with it.

We've tried the basic rules for the quiz and the learning game but we have several more ideas and maybe you come up with something else. Feel free to post your ideas and experiences in the comments. 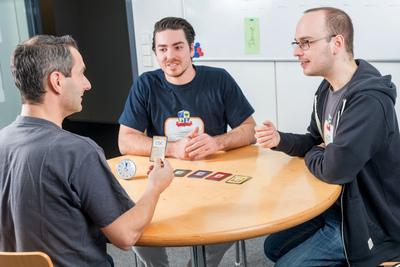 Playing Design Cards as a Quiz